Vastu & astrology: There is a relation between Vastu and the astrological planets. The following chart illustrates this.

First of all an ideal site, free from any of Vastu defects should be selected. After selecting the site, in designing a lay-out for industry and providing for utilities special attention should be paid for the following aspects :
The sloping of floors should be towards East, North and North-East, More open space should be left in the East and North side.
Building’s height can be equal in all sides, otherwise South and Western sides should not be taller in height as compared to East and North.
Well, bore well, underground reservoir, sink, pools, swimming pools etc. should be located in North-East or Eastern zone, preferably between Mid East and North East.
Stair cases should always be provided in South West part of the building.
Overhead water tank may be erected in South West, South or West. Its height should be more than that of buildings height in North East corner.
Toilets may be placed in North West or South East. North East and South West corners should be strictly avoided for this purpose.
Weigh bridge or weighing machines may be placed in North West or Central East.
Parking of heavy vehicles like trucks, tractors, trolleys or cranes etc, should be on the roads outside or if it is to be inside, they should be parked in South West zone.
Cycles, scooter, cars, light commercial vehicles can be parked in North West, North or East side of buildings. North East should always be free from any parking of vehicles.
Lawns with big avenue trees can be developed on South and West sides.
Small lawns with fountains etc (without big trees) can be developed in North East, North and East also. Here only small plants can be grown.
Administrative and other office blocks can be constructed in North, East, South or South West keeping the heights of these buildings lower than that of main factory.
Staff quarters may be built on East without touching East wall, in North, West or South East. Multi storied flats may be constructed in South zone without touching main factory building.
Staff canteen may be placed in South East.
Guard Room should be placed near gates in such an advantageous position so that the guards can see approaching persons, vehicles etc. without any obstruction. North East direction should be avoided for a guard room or security cabin. For East facing gate the security office should be on South East side of gate, and for North facing gate it should be on North West side.
Time office should be placed near gate for entry for workers but not in the South direction.
Heavy plants and machineries should be erected in West, South and South West zones leaving the North West and South East corners. North East and centre of the building should be avoided for placing heavy machineries.
Light and auxiliary machines, work equipments and tools can be placed in Eastern and Northern sides except in North East, North West and South East corners.
Generator, boilers, ovens, oil fired or electric furnaces, switch gears, capacitors, transformers, control panels, smoke chimney etc. all should be located in South East.
Heavy raw materials stores may be placed in South West, South or West.
Semi processed materials can be stocked in South or West sides.
Finished goods stores, packing and forwarding can be in North West, in East or South East. North West is preferable. North East should always be avoided.
Maintenance workshop may be in South, South West avoiding North East and centre. Maintenance and consumable stores should be nearer to the workshop.
A temple (even a small will do) in the North East corner should be built and maintained neat and clean. No material should be stacked here.
Toilets in the administrative building or in other parts of factory or mill should be made in South East or North West area and if septic tank is to be built for that purpose, it should be built in between North and North West or between East and South East.
Posted by Aanandamayee at 08:38 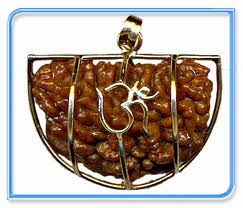